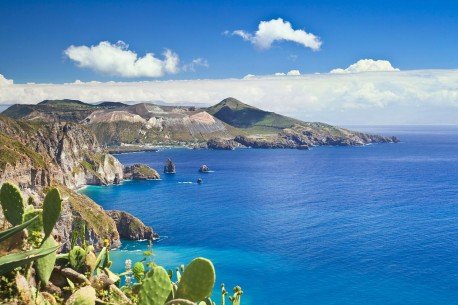 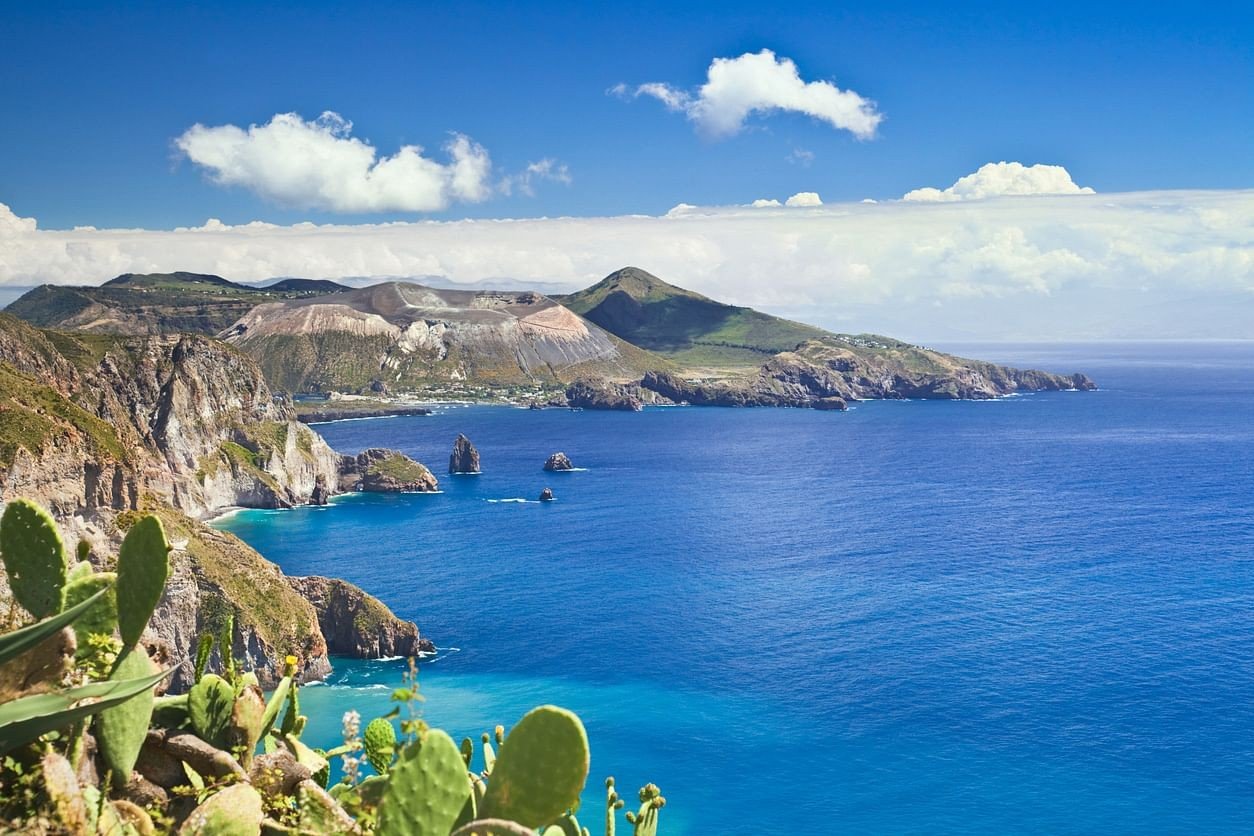 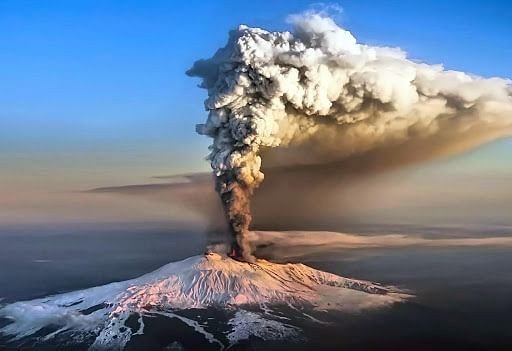 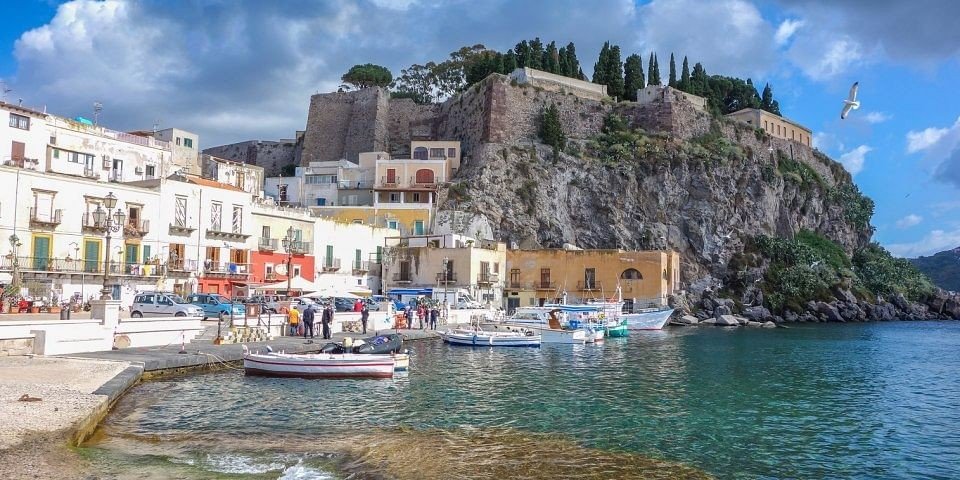 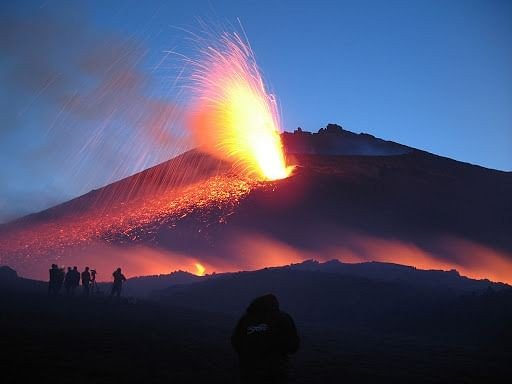 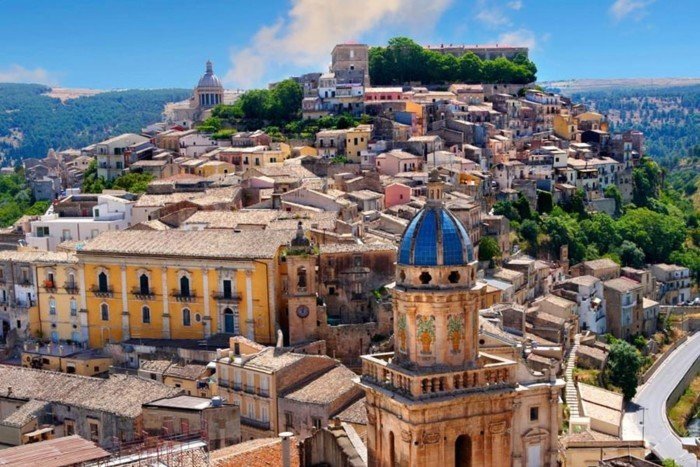 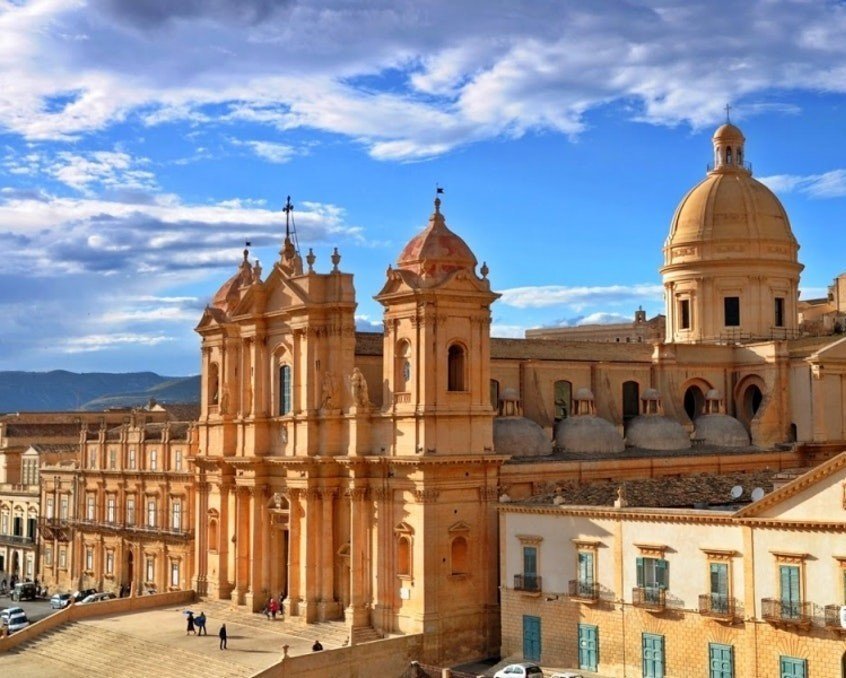 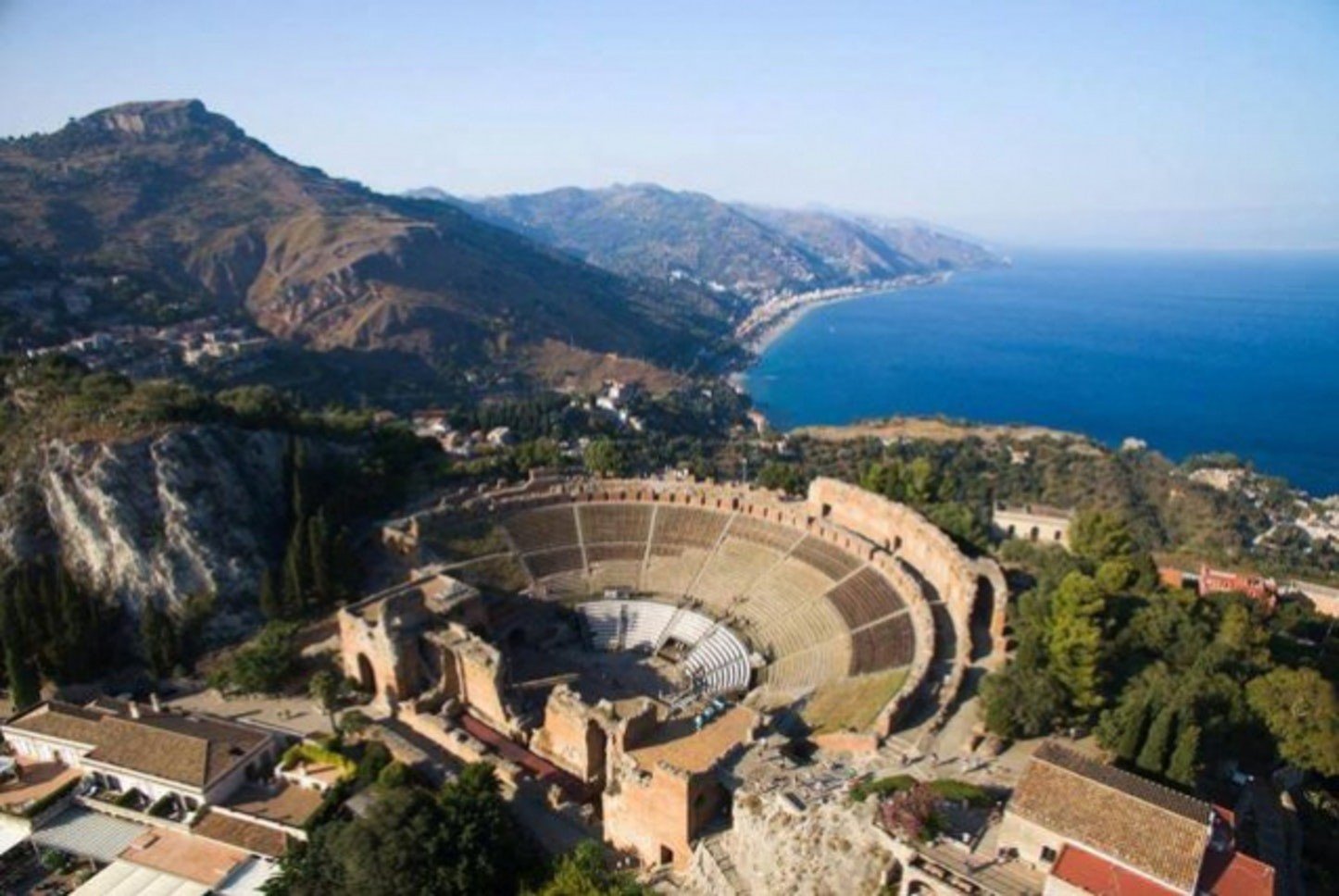 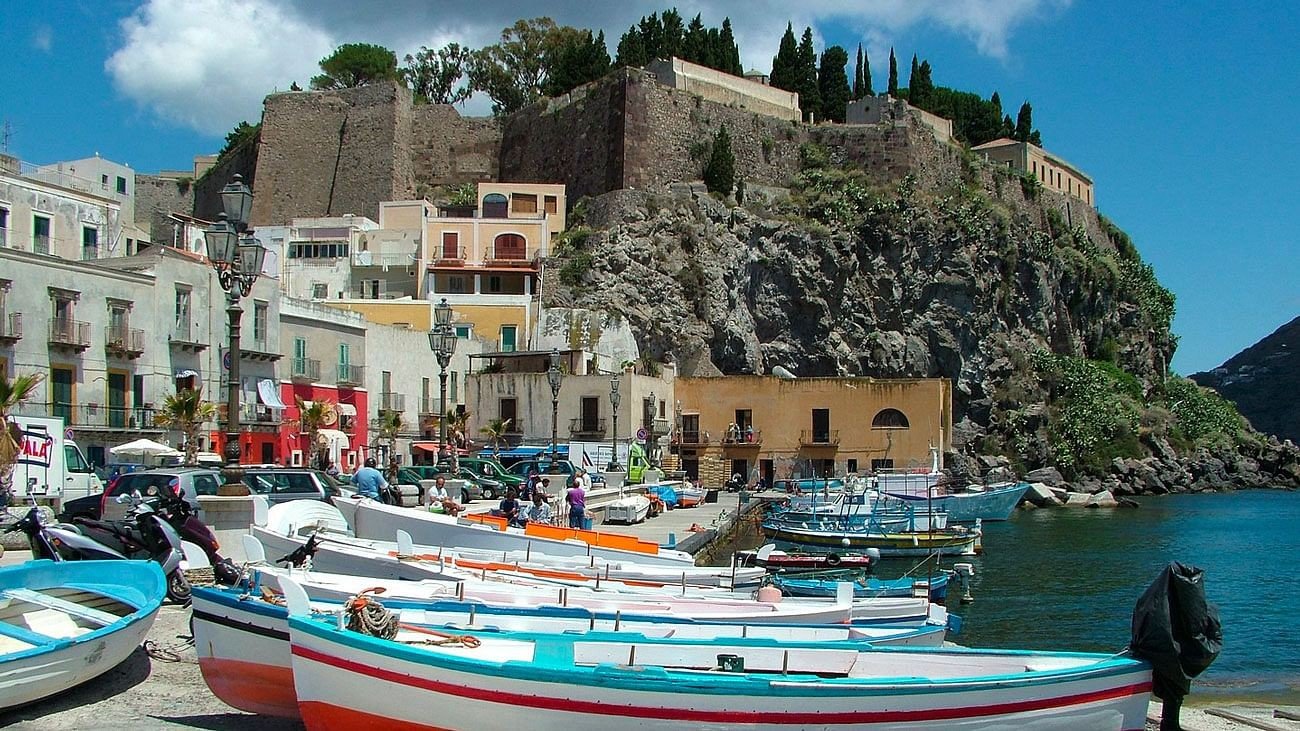 DAY 1 - ARRIVAL DAY
Arrive independently to the hotel in the charming city of Palermo (optional private transfer on request). In the evening you will meet our tour-leader and your travel companions and enjoy a welcome dinner. Overnight in hotel.

DAY 2 - MONREALE and PALERMO
After breakfast in hotel, the morning will be spent visiting Monreale, its huge Norman Cathedral, proclaimed the Eighth Wonder of the World, and its splendid Cloister in Arab-Norman style: admirable masterpiece of art, sculpture, and semi-precious stones marquetry! Later we will discover the stunning Palermo, one of the richest towns in the Island for its history and art. Palermo stands on a bay at the foot of Mt Pellegrino, a headland described by Goethe as the loveliest he had ever seen. While the Baroque predominates, there is a profusion of different architectural styles reflecting the city’s multicultural past: Punic walls, Art Nouveau villas, noble residences, XVIIth century squares, including an elegant opera house. We will visit the wonderful Arab-Norman Cathedral, the astonishing Martorana Church and the amazing Cappella Palatina, mirable example from an historical and an artistic point of view, of how different cultures, religions and way of thinking apparently incompatible can coexist. Ruggero II in fact employed both Bizantyne, Muslim and Latin workers. Along the visiting day, we will have a stop for a food surprise in a local bakery. Free time for lunch. Continuing our walk we will admire the Teatro Massimo and the debated fountain in Pretoria Square, situated in the ancient Kalsa area and adorned with XVI century sculptures. Dinner and overnight in hotel.

DAY 3 - MARSALA - SALT ROAD - AGRIGENTO
This morning the tour will continue along the charming and well-known town of Marsala, where Garibaldi went ashore in May 1860. Marsala is a Mediterranean modern city, divided between sea and land, featuring unforgettable colors: bright yellow, intense blue, strong red, dazzling white and natural green. It preserves several ruins of Phoenician, Arab and Norman dominations and a wide artistic heritage with sanctuaries and caves, hypogeums, underground roads, necropolis and thermal baths. We will discover the lovely city center and its aristocratic buildings, monuments and imposing Baroque churches. The guided tour of the Florio Cellars is a journey that begins in front of the majestic giant vats, built at the end of the 19th century and still used for the refinement of marsala. It continues inside the 3 fascinating barrel chambers, 165 meters long and running beneath 104 arches, under which 1.400 small barrels and about 600 larger barrels and vats of different capacities are arrayed, as c. 5.500.000 litres of Marsala wines age in silence and stillness. After a thirty minute tour through the barrel vaults, where the ancient tuff stone floor has been restored, you reach the avant-garde tasting rooms, where we stop for lunch and for a local wine tasting. We will proceed to visit the popular Salt Road. Between Trapani and Marsala, the Salt Road is now protected, in part because of the interesting birdlife, and also as important sites of industrial archaeology; here the salt marshes have given rise to one of the oldest salt-extracting industries in the world. Transfer to Agrigento and visit of the Valley of the Temples stated World Heritage Site, where among hundreds of almond trees, the rests of the ancient Akragas rise. It was defined by Pyndar “the most beautiful city of mortals”. Once one of the most prosperous of the ancient Greek cities on the island, Agrigento presents a remarkable series of Doric Temples of the 5th century. You will see the “Temple of Hera”, the “Temple of Concordia” and the “Temple of Heracles”. Accommodation in hotel, dinner and overnight.

DAY 4 - PIAZZA ARMERINA – RAGUSA IBLA
Today we will reach Piazza Armerina where we will admire the splendid polychrome mosaics of the famous Villa Romana del Casale, World Heritage Site. The complex includes some of the most extensive and most beautiful Roman mosaics known. This majestic villa, belonged to a member of the Roman Senatorial aristocracy, hosts prestigious mosaics representing mythological and historical episodes and scenes of hunting and entertainments. After free time for lunch, departure to Ragusa Ibla and visit of its historical centre cradle of Sicilian Baroque, with its Cathedral, situated in the beautiful square of the Dome and the “giardino Ibleo”. Used as a location of the extremely popular Police Inspector Montalbano Tv series, it is today stated among the 44 Italian World Heritage Sites. This little precious ancient city hosts more than 50 churches and many Baroque architectural treasures. We’ll conclude the visiting day with a tasting of local products.

Proceed to Catania for dinner and overnight in hotel.

DAY 5 - CATANIA - LIPARI
Your holiday will continue with the Aeolian Islands extension without a tour leader. After breakfast, you will have free time to enjoy the beautiful Catania. Its city centre is declared Unesco World Heritage site for its stunning beauties, the late-Baroque architecture and the unique lava stone buildings. In the late morning, private transfer to Milazzo. Boarding on the hydrofoil for Lipari island. Arrival at Lipari island and transfer to 4* hotel. Free afternoon. Dinner and overnight in the hotel.

DAY 6 - PANAREA - STROMBOLI
Breakfast in hotel and departure from Lipari harbour for a full day excursion to Panarea & Stromboli.

Before leaving Lipari, the boat will stop at Cave of pumice to enjoy an unforgettable swim. The excursion will then continue to Panarea, where you will have the opportunity to visit the beautiful bay of Calajunco, above which lies the prehistoric village of Cape Milazzese, and swim in Zimmari beach. Proceeding on, the boat will skirt among the small islands nearby and you will have a stop in the charming Cava degli Innamorati. In Panarea, you will have free time to have lunch, take a stroll through the elegant streets, or visit the prehistoric village and have a nice swim. In the afternoon the excursion will continue to Stromboli. The first stop will be Ginostra, a fascinating small fishing village.
Once on the island, dinner and free time to stroll, take a swim or doing shopping. In the warmer time of the year, among dips and long swims, it will be possible to enjoy stunning beaches and volcanic caves. Back to the boat at sunset, you will admire Strombolicchio, a gigantic rock and the Sciara del Fuoco, a stunning volcanic explosion of reddish lapilli creating lava rivers reaching the sea!

DAY 7 - LIPARI - SALINA
After breakfast, full day excursion to Lipari & Salina islands. Leaving the harbour, the boat will skirt Lipari coast and you will have a view of the Castle of Lipari, the Monte Rosa and Canneto. You will have time to swim in the crystalline blue water of Pumice Cave beach. Proceeding on to Salina, the captain will show you the famous Acquacalda bay. First stop will be on Santa Marina Salina the biggest town of the island. Our tour goes on along Salina east side, visiting from the sea, Malfa village, Capofaro town and its Malvasia wineries; you will also stop inside the Pollara bay, famous for the movie "Il Postino" - shot by Massimo Troisi. The boat will then stop in the charming fishermen's village Lingua where you will have free time to visit the island, its Lago Salato or enjoy typical restaurants. On our way back we will visit the most beautiful grottos in Lipari and you would have time for a swim in Vinci beach, in front of the Faraglioni. Back to Lipari in the late afternoon. Dinner and overnight in the hotel.

DAY 8 - LIPARI - TAORMINA
Breakfast in hotel, transfer to Lipari harbour to take the hydrofoil for Milazzo. Once arriving in Milazzo, there be a driver waiting for you for a private transfer to Taormina, a charming town renowned for its magnificent position above the sea commanding a celebrated view of Etna. Free time for a nice walk among the picturesque Medieval typical narrow streets, go shopping and looking around the local handcraft (coral jewels, precious laces, ceramics, sweets and much more). Dinner and overnight in hotel.

DAY 9 - DEPARTURE
Breakfast in hotel and end of services.

When booking, request our private transfer upon arrival and departure (not included in the price).

The entrances to the monuments and sites must be paid in cash on site, at the time of booking we will send you the updated list with the rates.

all lunches except for the one on day 3 in Marsala

tips and extras in general

anything not specified under “What's Included”

11 other products in the same category: