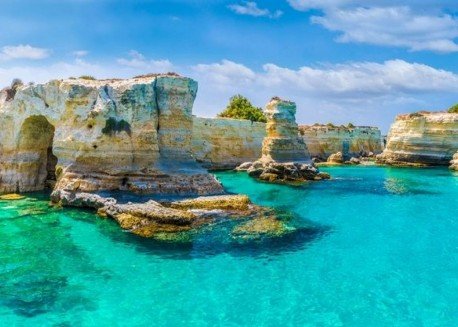 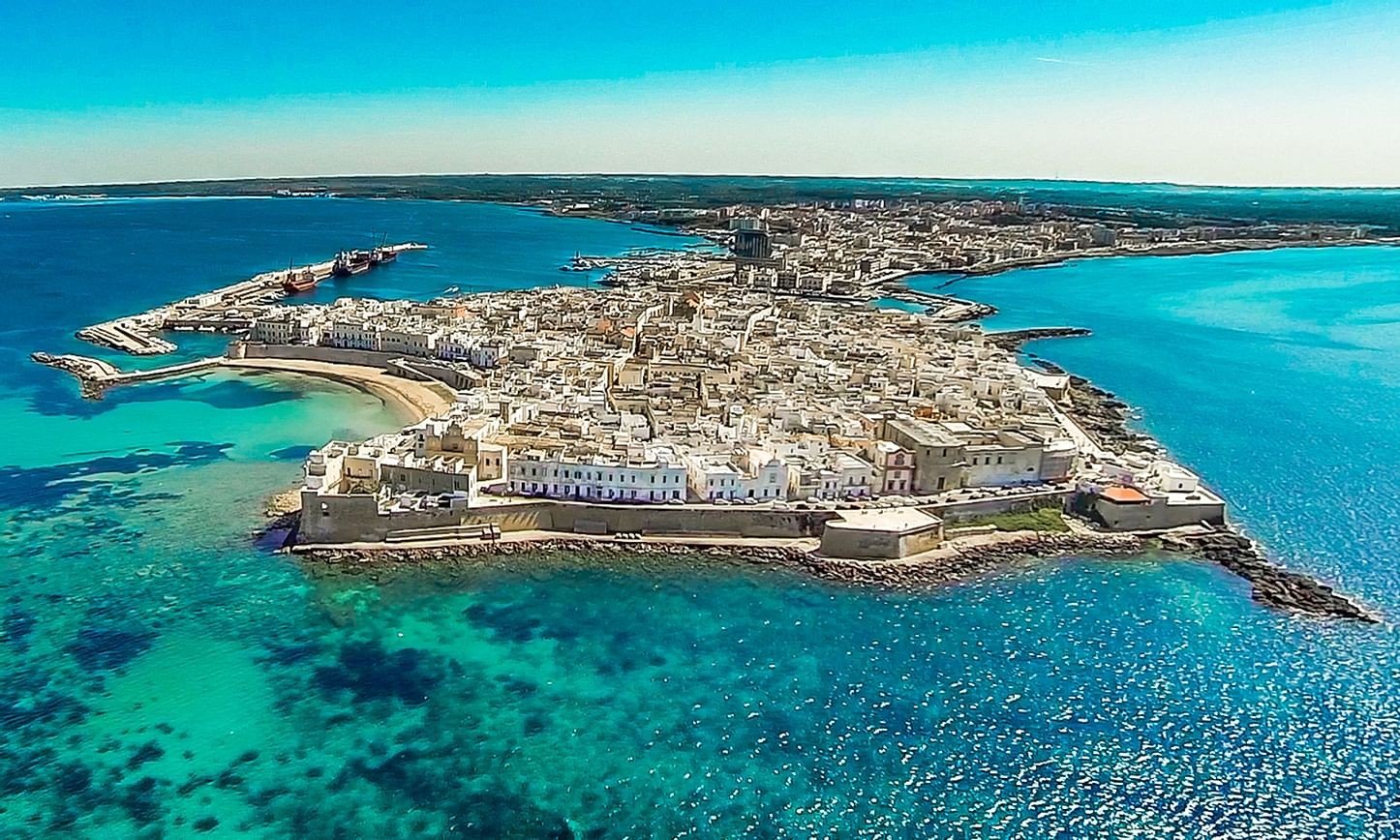 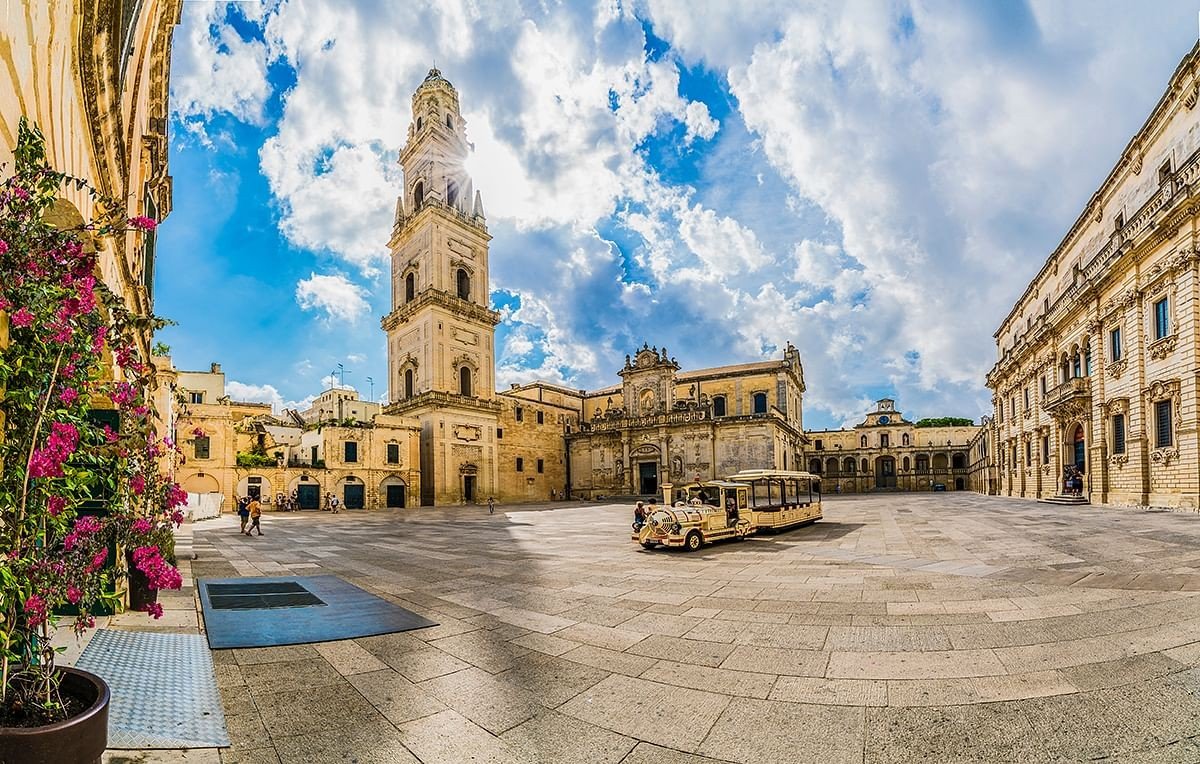 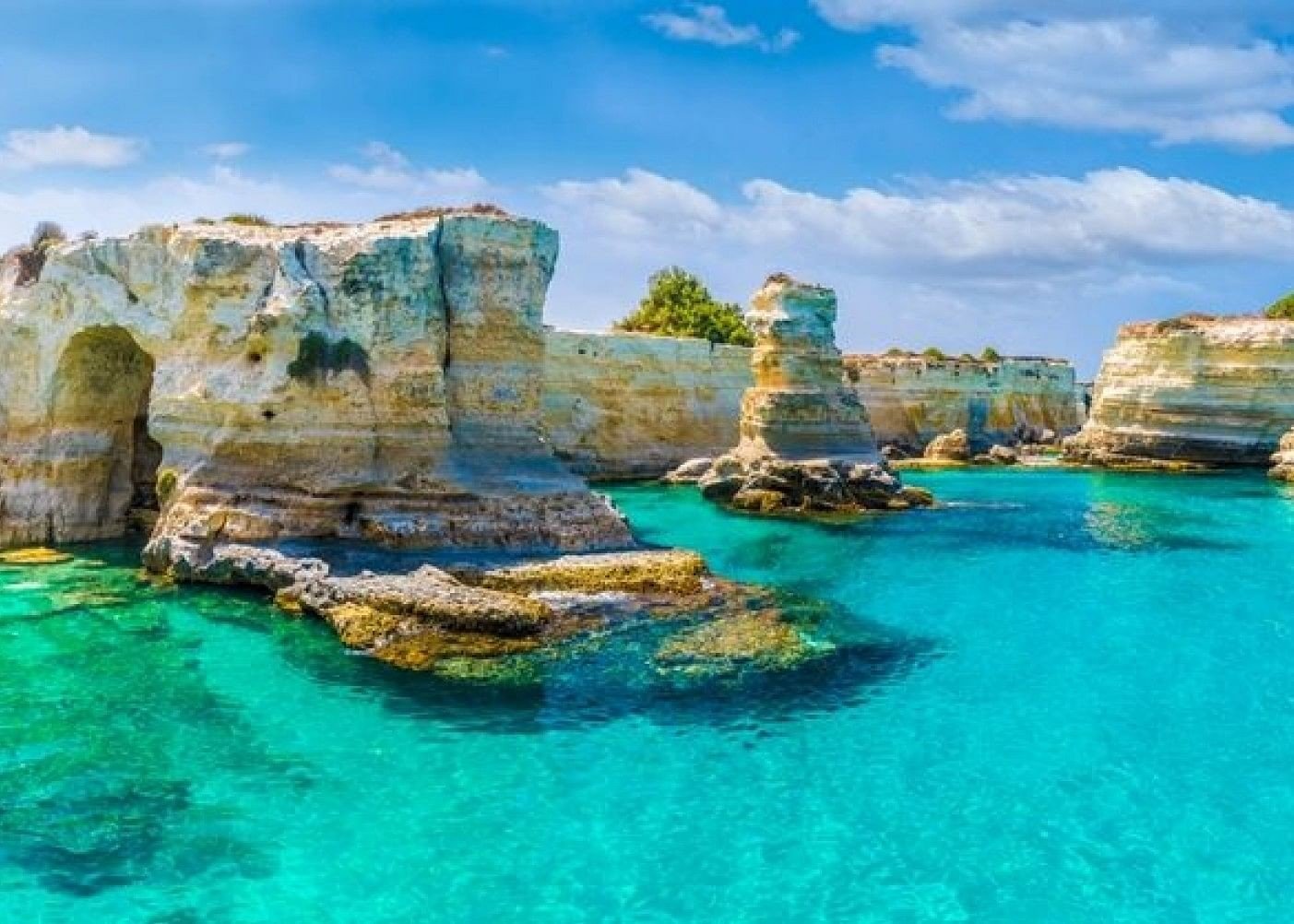 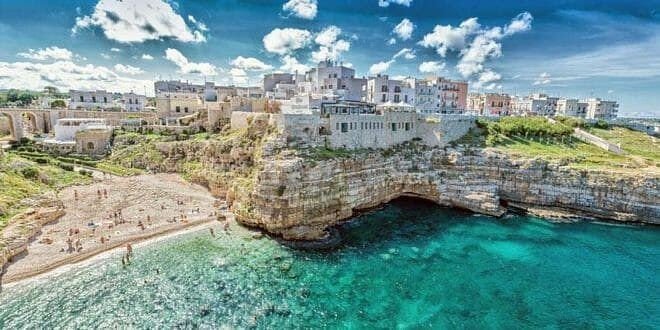 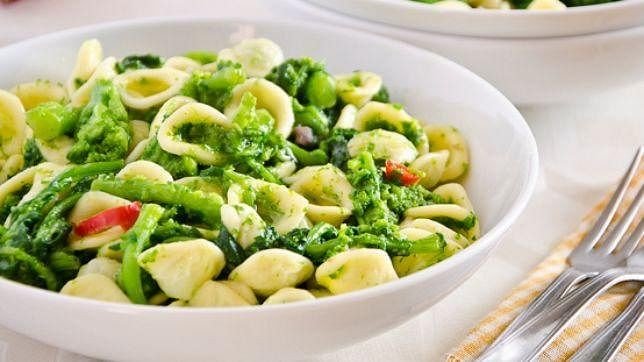 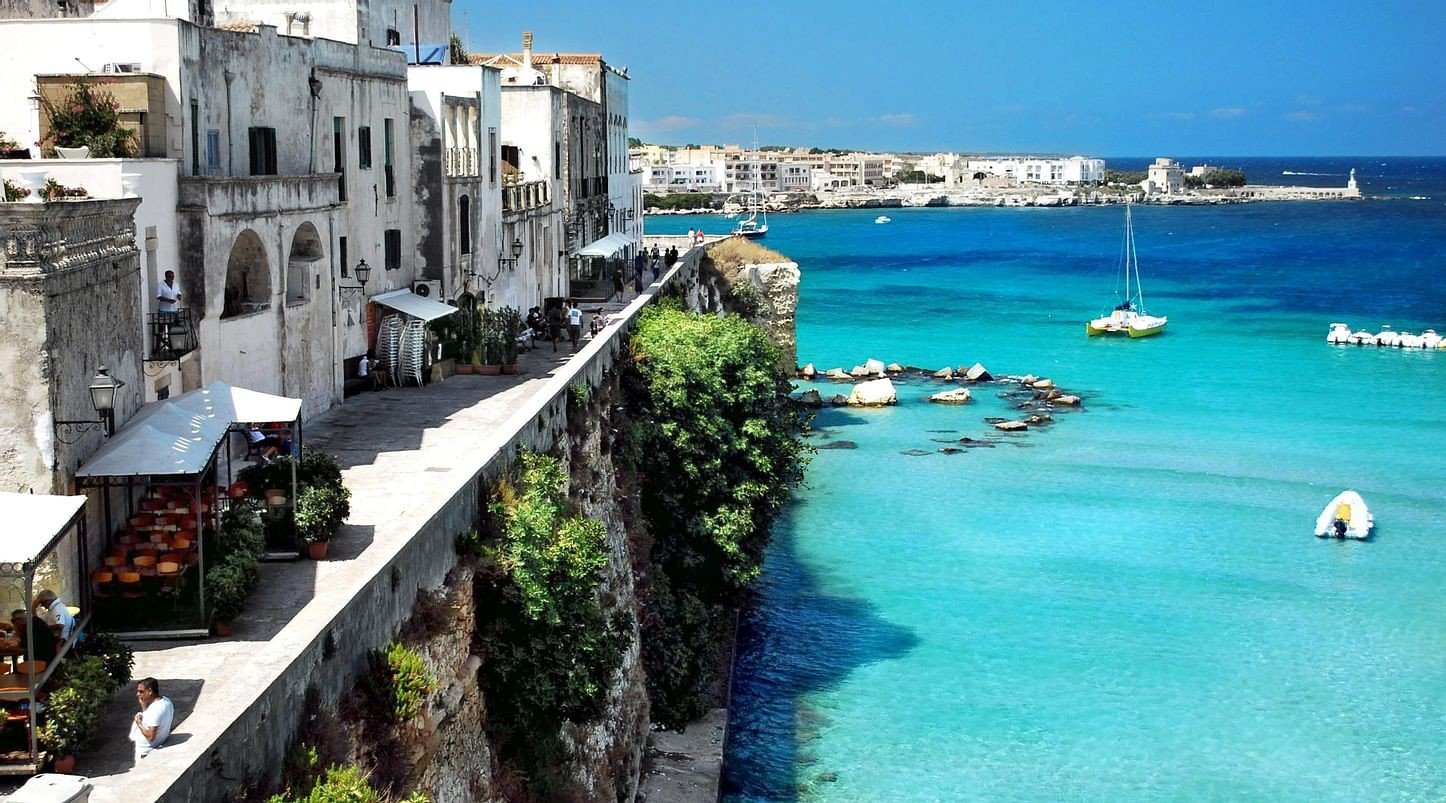 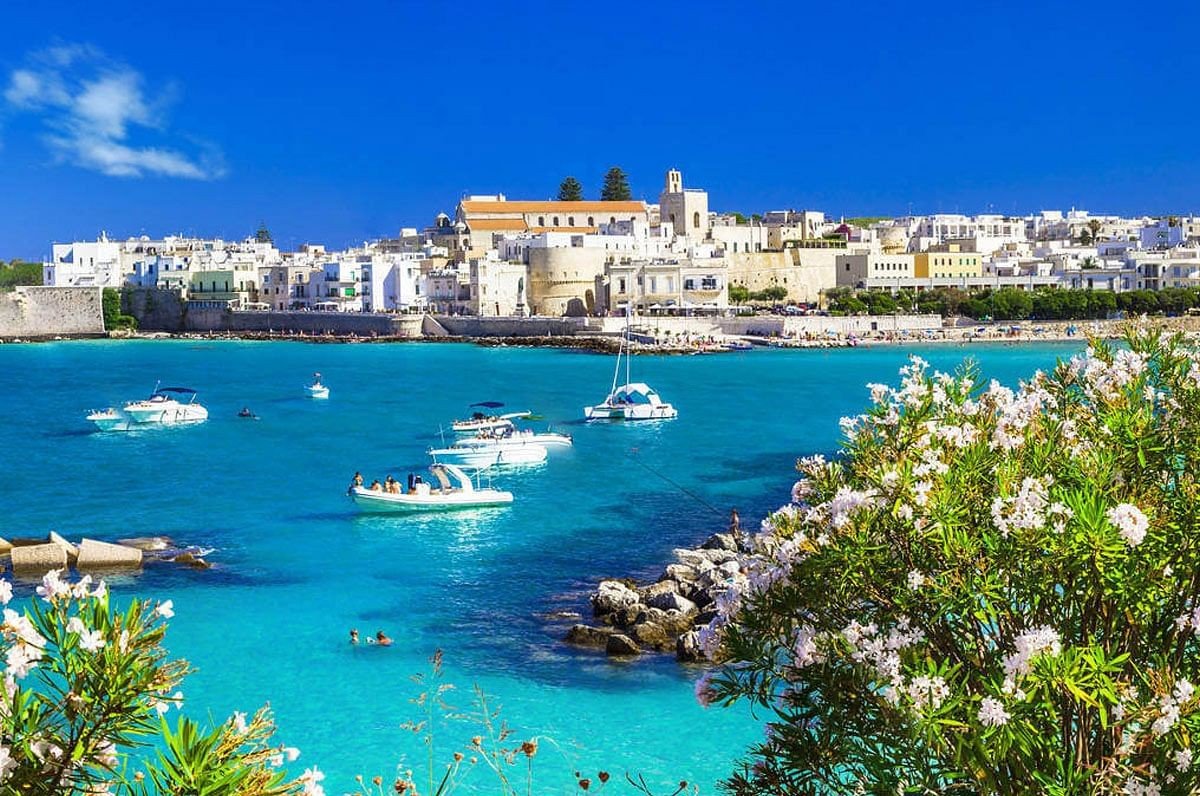 Our 4 days and 3 nights itinerary will introduce you to the wonders of Salento, the southern part of Puglia, the heel of Italy, a territory kissed by the sun all year round, Salento is a treasure trove of unique art, exquisite cuisine Mediterranean and genuine hospitality.

Day 1: Arrival.
Arrive on your own from Bari / Brindisi airport to Lecce in the afternoon. Hotel accommodation.
Welcome dinner and overnight stay.

Day 2: Lecce - Gallipoli.
This is a city of rose windows, stone flourishes, garlands, Solomonic columns, small piazzas, and unexpected alleyways. Start your visit by walking under the arch of Porta Napoli and heading into the historic centre along Via Palmieri, flanked by aristocratic palazzos as it leads to Piazza Duomo. Alternatively, if you start at Porta Rudiae, you can abandon the paving stones of Via Libertini and dive into the ancient and intricate labyrinth that is the multi-ethnic Giravolte district, a crucible of ethnicities and cultures today, as it was in the past. You could then continue your tour by exploring the charming alleys and small piazzas, where the local Lecce stone glows pink as the sun sets.
Paper, straw, rags, glue, and plaster - these poor materials gave life to Lecce’s papier-mâché, shaping many saints and Madonnas statues between the 17th and the 18th centuries. Some say it originated as a humble barbers' hobby, but the fact remains that the refined art of moulding papier-mâché rapidly gained in popularity and numerous craft shops were set up. These produced saints with highly expressive faces and poses for the city's churches and to be displayed during religious processions. Today, the long history of Lecce’s papier-mâché production is recounted at the Museum of Papier-Mâché, in the Castle of Charles V.
Breakfast in hotel. Meeting with the guide and walking tour through the old city: the Cathedral, with its two facades, St Oronzo Square, the Roman Amphitheatre, Santa Croce Basilica etc. Stop in a papier-mâché shop to discover this ancient activity and wine aperitif. Lunch at leisure in one of the restaurant in the centre. Return to the hotel.
In the afternoon, excursion to Gallipoli, once an island now connected with the mainland by a 16th century bridge. "Kalè Polis" or Città Bella, so the ancient Greek navigators called it in the past, seeing it placed on an island immersed in the Ionian Sea and connected to the mainland by a very characteristic bridge. The city of Gallipoli, the pearl of the Ionian Sea, is an island connected to the modern city by a seventeenth-century bridge, at the ends of which stands the Angevin castle with the Rivellino and the beautiful ancient Greek fountain. In the city of Gallipoli, there are numerous churches in the characteristic Baroque. The buildings of the old city are beautiful, tangible signs of the splendor of historic noble families; the Greek Fountain and the Angevin Castle testify to the different historical and cultural matrices of the city. Visit of the Cathedral and stroll along the ramparts.
Return to the hotel. Dinner on your own and overnight.

Day 3: Otranto - Grecia Salentina.
Breakfast in hotel and departure to Otranto, the easternmost city of Italy. Visit of the Cathedral with its floor mosaic representing the tree of life and walk through the old city streets until you reach the Aragonese castle. Free lunch. Continue to the Grecìa Salentina, a linguistic minority area where people speak, even today, an ancient Greek dialect; visit of a hypogean mill and introduction to the uses and traditions of the community. Return to the hotel. Farewell Dinner.
Overnight in Otranto.

Day 4: Departure
Breakfast and departure or continuation of the stay in Puglia.

Hotel name will be communicated at time of reservation.

Transfers are operated by private car/van (according number of passengers)

Excursions are sit in coach tours

The customers can purchase them separately, depending on the place of arrival / departure and if they want to continue the holiday in Puglia