With its variety of landscapes and wilderness ranging from the hippos of the Limpopo River to the penguins of the Cape area - it is a country that deserves to be visited and experienced. Enjoying its location on the southern tip of the African continent, it offers spectacular vistas from the Kalahari desert to the imposing and most photographed Table Mountain on Cape Point, from the savannah with its unique animals from Kruger National Park to the penguins on Simon's Town beaches.

Passport, visa and length of stay
To avoid any problems when you arrive in South Africa, make sure you have a valid passport.
The need for a visa depends on your nationality.
For all nationalities, the maximum duration of a trip is 90 days.

Embassies and consulates.
As you prepare for your trip, take note of the contact information for your embassy and consulates outside the capital. You can go there to reprint your travel documents in case of loss and to get a series of tips (health, safety, etc.). Each embassy usually has an emergency number that can only be used.if necessary. Most of the time there is also a social services office to help you, even in an emergency.

Given its large size, depending on the area of South Africa that you intend to visit, it is good practice to take information on which vaccinations must or can be carried out before departure.

There are no mandatory vaccinations for South Africa. Although, malaria prophylaxis is advisable: malaria remains widespread in some eastern areas of the country, such as near KwaZulu-Natal.
In addition, taking the trip to South Africa to carry out activities with animals or if you are staying on a campsite, rabies vaccination is recommended.

Population of South Africa: approximately 55,091,000
Language: South Africa has 11 official languages. Of these, two are Indo-European languages and the other nine are Bantu languages.
The most spoken language in South Africa is Zulu (mother tongue for 24% of the population), followed by xhosa (18%) and Afrikaans (13%); English is only in fifth place, however used as a supporting language for the tourism sector.

Religion: The most widespread religions are Christian (Protestantism, Catholicism, Anglicanism).

Climate: South Africa is characterized by different types of climate, mainly due to exposure and proximity to the sea and therefore to the influences of ocean currents. South Africa's climate is generally dry; dry periods are a fairly frequent phenomenon.
Aside from the Cape area, most of the territory is affected by eastern winds from the Indian ocean.

The country, enjoying high temperatures, can be visited all year round, taking into account the climatic peculiarities of the areas visited:
The Cape Town area enjoys the Mediterranean climate, with temperatures hovering around 30 ° C from December to February and 18 ° C from July to August. The rains are more frequent between June and August.
In the northernmost territories, such as Kruger Park and in the eastern part of the country, from May to October you can enjoy a dry climate and it is in fact the best time for safaris, when it is easier to spot the movements of theanimals. During the summer, however, from December to February it is the wet season with higher and muggy temperatures, with also the most frequent rains.
The coastal area of South Africa characterized by the most popular beaches is the one around Durban. Here you can swim all year round. The best time for this area is from May to September, in fact in this period the rains are absent. In the other months, however, the rains are few and passing.

In addition to being a country full of colors and unspoiled nature, South Africa also has unique flavors and is one of the most popular cuisines on the African continent.

South African cuisine is in fact influenced by multicultural mixing. An example of this is bobotie, minced meat and stewed and spiced curry fruit; or the solaties, lamb skewers marinated in curry sauce and served with white rice. For meat lovers we recommend tasting snoekbrai, a shellfish stew. Those with a sweet tooth will not be able to miss the koeksister, fried donuts flavored with cinnamon, anise, ginger and cardamom.

South Africa offers a variety of classic and typical accommodation for all tastes: from refined boutique hotels to luxury lodges, to classic tented camps for every budget and need.

In recent years, South Africa has perfected its services and hospitality in the tourism field, to be the point of reference and in the sector.
The country has also evolved for family travel. More and more specialized activities and accommodations are available to meet the needs of those traveling with young children.

There are many attractions to discover in South Africa, a country with pristine landscapes and multicultural population, our suggestions will help you choose the destination of your next trip. 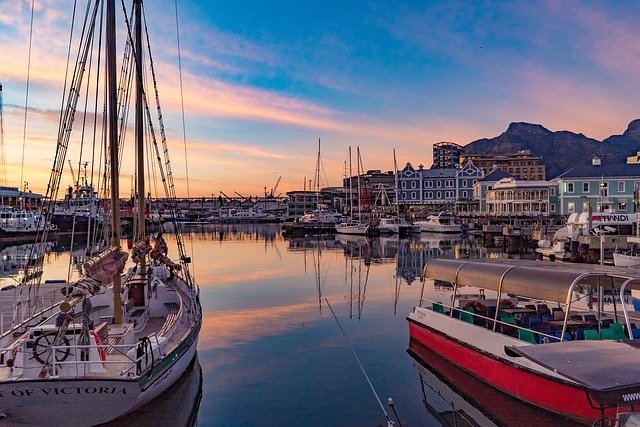 Definitely characterized by the imposing presence of Table Mountain with its trails and breathtaking views, Cape Town (or Cape Town) is the city to see during your trip to South Africa. With its Waterfront neighborhood, full of lively life between shops and restaurants with typical South African wine and local delights, do not miss a ferry visit on Robben Island, to discover the history of the island and its particularity.

Johannesburg is one of South Africa's most populated cities, which owes its importance to the history of apartheid and Nelson Mandela.
It is also the city of contrasts, where alongside the very rich districts and shopping centers with trendy shops and restaurants, the characteristic suburbs are flanked. To visit absolutely the apartheid museum and the house of Nelson Mandela, the center of the city with its authentic jewelers where there are jewels in gold, platinum and precious stones. 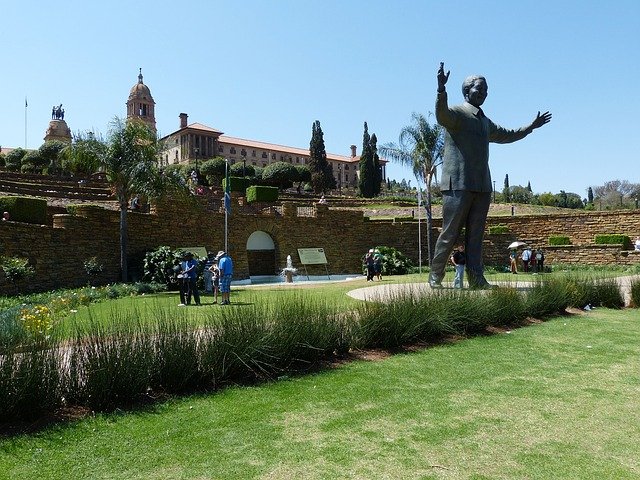 Fascinating city with its residential neighborhoods and beautiful tree-lined avenues. The city of Pretoria is rich in monuments of historical and cultural interest, made easy for exploration thanks to its grid of wide and easy to travel roads.
In addition to its monuments such as Pretoria Art Museum and Union Buildings, Pretoria boasts numerous green areas, such as the National Botanical Garden and nature reserves such as Groenkloof, Moreleta Spruit and many others. 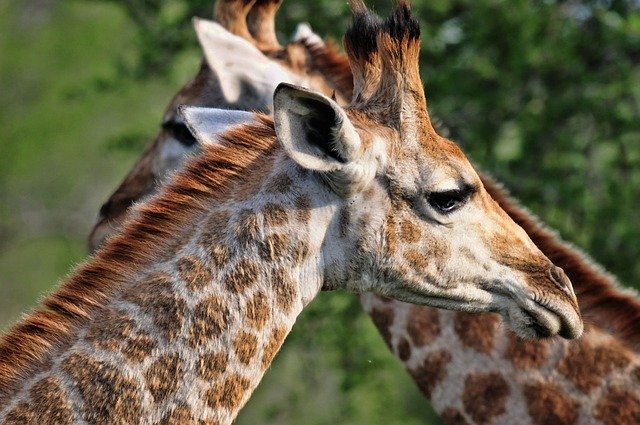 South Africa's largest nature reserve, covering an area equal to that of Israel!
A real paradise for animal lovers: here we find many mammals such as lions, cheetahs, elephants, zebras, giraffes, antelopes and hippos and rhinos. In addition to reptiles such as snakes, crocodiles and around 500 different species of birds. 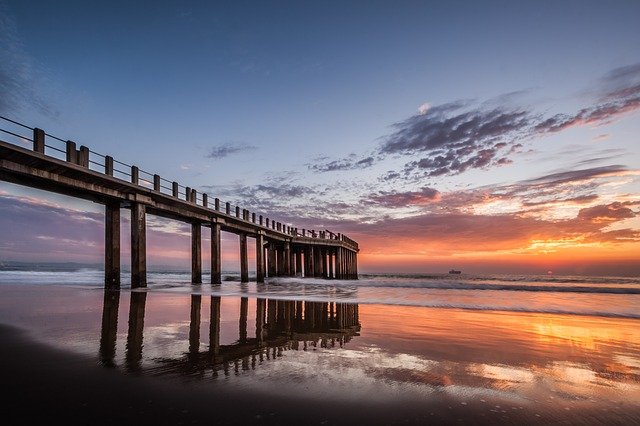 The most popular tourist resort on the South African coast, famous for its kilometers of soft sandy beaches and breathtaking landscapes. Ideal for a holiday in style: among exclusive hotels, gourmet restaurants and fabulous art deco buildings, it attracts tourists from all over the world for its fashionable charm.
But Durban is not only this. We also remember that it is one of the multiethnic cities: more than half of the population are Zulu, the other significant part is made up of Indians. This factor has a great influence on the local cuisine which combines varied and intense flavors, to try in many restaurants or as street food located on the city promenade.