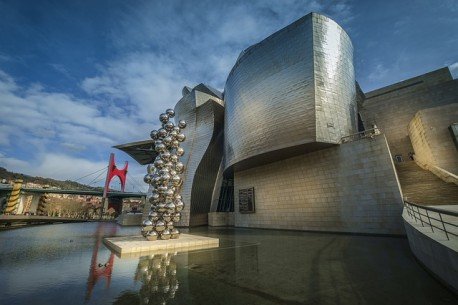 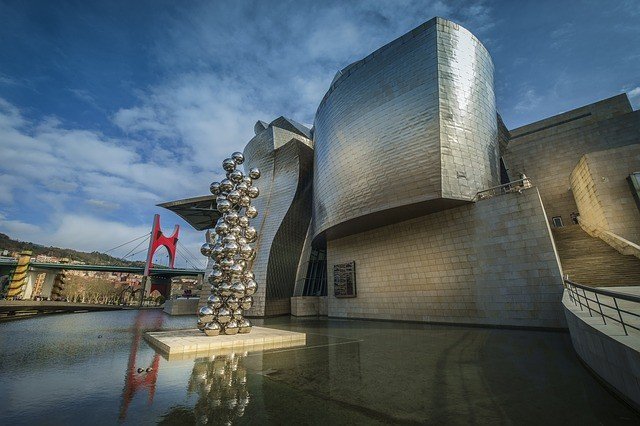 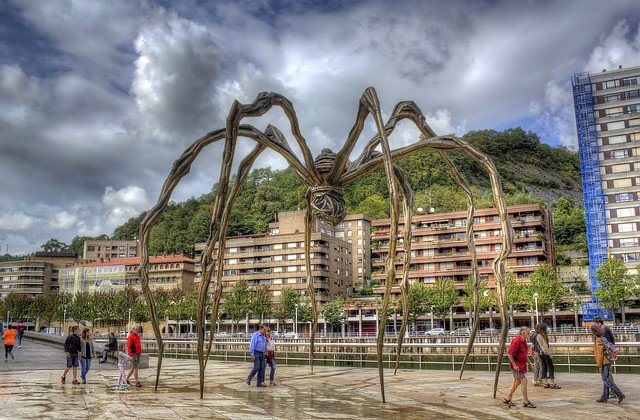 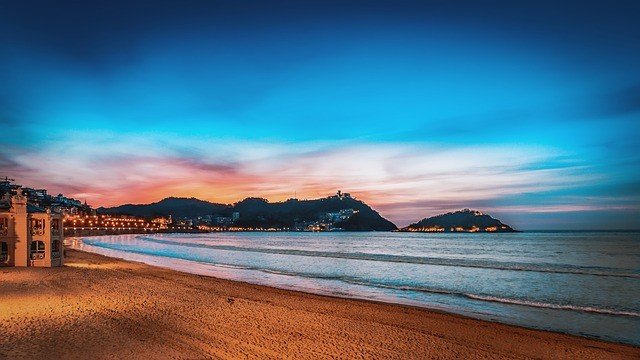 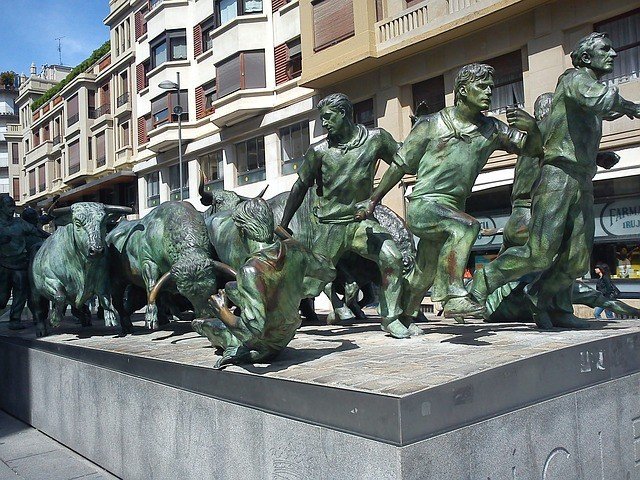 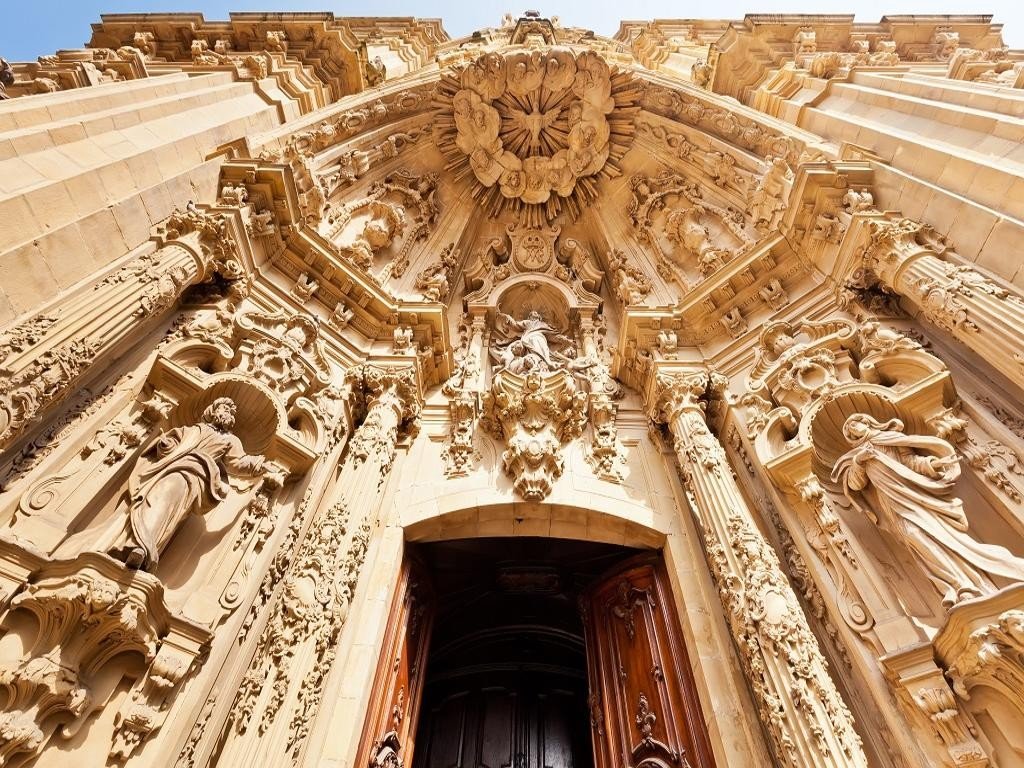 DAY 1 | ARRIVAL BILBAO
Upon arrival at Bilbao Airport, head directly to the Arrivals hall, where you’ll meet a car rental representative who will assist you with picking up your car and provide you with all necessary documentation for your trip. Then climb into what will be your mode of transportation for this holiday and drive to your first hotel accommodation in Bilbao. This city with an industrial heritage is an outstanding example of a complete urban transformation. Over the last 20 years, the redesigned city has become famous for its staggering architecture, art, Michelin-starred restaurants and for being the gateway to the Basque culture. In the evening, enjoy dinner in one of Bilbao’s seafood restaurants, as no trip to Bilbao would be complete without sampling some of its cod dishes.
Accommodation: 4* Hotel, Bilbao Ercilla Hotel or similar, on a bed-and-breakfast basis

DAY 2 | BILBAO
Enjoy breakfast at the hotel before heading out to explore Bilbao. Although the capital of the autonomous region of Euskadi – also known as the Basque Country – is Vitoria, the port city of Bilbao is, in fact, the largest of all Basque cities and the tenth largest in Spain. The opening of the Guggenheim Museum in 1997 triggered a huge influx of visitors to the city and gave the city an economic uplift, a phenomenon which has been called the ‘Guggenheim effect’. Cultural investment in the city continued with the Euskalduna Conference Centre and Concert Hall, Santiago Calatrava's Zubizuri Bridge, the metro network by Norman Foster, the tram, the jagged glass-fronted public health building and Azkuna Zentroa, a multi-purpose venue housed within a converted warehouse. All of these sites are well worth a visit during your tour of Bilbao. Overnight in Bilbao.
Accommodation: 4* Bilbao Ercilla Hotel, or similar, on a bed-and-breakfast basis.

DAY 3 | BILBAO – SAN SEBASTIAN – PAMPLONA (185 km – 2.5 hrs)
After breakfast at the hotel, hop into your car and enjoy the drive to San Sebastian, a cosmopolitan seaside city near to the French border. Park up and enjoy the sea breeze and the fantastic views of San Sebastian’s alluring coastline of golden sandy beaches and the gently lapping turquoise waters. Take a stroll down the promenade at La Concha beach until you reach the sculpture named ‘El Peine del Viento’ (‘The Comb of the Wind’) by renowned artist Eduardo Chillida. Ride the funicular to the top of Igueldo hill for a panoramic view of the city and then sample a selection of the Basque Country’s famous tapas, known as ‘pintxos’, in one of the many bars in the cobblestoned old town. In the afternoon, return to your car for the short drive to Pamplona where you will spend the night.
Accommodation: 4* Hotel, Pamplona ABBA Reino de Navarra or similar, on a bed-and-breakfast basis.

DAY 4 | PAMPLONA – LOGROÑO (100 km – 1.5 hrs)
Wake up to breakfast at the hotel and then prepare to head out for a morning exploring the city of Pamplona. Visit the elegant Pamplona Cathedral with its Neoclassical façade designed by Ventura Rodríguez in 1783. Stroll through the Citadel Park, then follow the route of the running of the bulls during the world-famous San Fermin festival held in Pamplona every July. Round off your city tour with a drink at the classy Café Iruña, where Ernest Hemingway once drank. Then it’s time to return to your car and continue towards Logroño, the capital of the wine-producing region of La Rioja. En route, make a stop at the small towns of Puente de la Reina and Estella, both of which are on the Way of St. James or Camino de Santiago pilgrimage. Overnight in Logroño.
Accommodation: 3* Logroño F&G Logroño Hotel, or similar,on a bed-and-breakfast basis.

DAY 5 | LOGROÑO
After enjoying your breakfast at the hotel, prepare for a full day exploring Logroño and the beautiful wine-growing region of La Rioja. Due to its position on the banks of the River Ebro and on the Way of Saint James, the city was historically a stopping place for foreign visitors coming from the Mediterranean and for pilgrims on their way to Santiago. Dedicate the morning to getting lost in the streets of Logroño’s charming old town, visiting its various monuments and, of course, stopping to enjoy a few pintxos and a glass of wine. Later in the day, head out into the countryside in your car to discover the gorgeous wine country of La Rioja. Drive up to the hilltop walled town of Laguardia and then travel to Elciego or Haro to visit one of the region’s famous bodegas, many of which boast spectacular architecture as well as delicious wines. Overnight in Logroño.
Accommodation: 3* Logroño F&G Logroño Hotel, or similar,on a bed-and-breakfast basis.

DAY 6 | LOGROÑO – BURGOS (130 km – 1.5 hrs)
Start the day with breakfast at your hotel and then jump in the car and depart for your drive towards Burgos. Upon arrival, locate your hotel, park up and spend the day discovering the city’s fascinating history as you stroll through the winding streets and alleys of the old quarter, which lies in the shadow of the magnificent hilltop Castle of Burgos. Dedicate some time to admiring the Cathedral of Saint Mary of Burgos, a stunning Gothic cathedral and a UNESCO-listed World Heritage Site. Later, make your way to the eastern outskirts of the city and visit the Miraflores Charterhouse, a wonderfully preserved Gothic monastery that dates back to 1442 and that once belonged to the Carthusian order. The Charterhouse houses a priceless collection of religious artefacts, one of the most important elements being its gilded main altarpiece. Overnight in Burgos.
Accommodation: 4*Hotel Corona de Castilla, or similar, on a bed-and-breakfast basis.

DAY 7 | BURGOS – VITORIA (120 km – 1.5 hrs)
Today, breakfast at the hotel is followed by the short drive to Vitoria, the capital of the Basque country. Vitoria’s old town houses some of the best preserved medieval streets and plazas in the region and it is also one of very few Spanish cities with two Cathedrals. Wander around the medieval centre and visit its various monuments, which include two Renaissance palaces, Casa del Cordón, Bendaña Palace, Church of San Vicente and Villa Suso Palace. Visit the Plaza de la Virgen Blanca, one of the most popular meeting places in the city and the setting for a large number of events. Then dedicate some time to one of Vitoria’s most majestic buildings, the Cathedral of Santa María de Vitoria. Tour the Gothic style church-fortress before heading down into the Cathedral’s crypt where you will find a museum on the history of the building and the city itself. Overnight in Vitoria.
Accommodation: 3* ABBA Jazz Vitoria Hotel, or similar, on a bed-and-breakfast basis.

DAY 8 | VITORIA - BILBAO AIRPORT (80 km - 1 hr)
After finishing your breakfast at the hotel (included), it is time to bid farewell to Vitoria and enjoy the short drive back to Bilbao Airport to drop off the car. If time allows before departure, why not head out into the city for some last minute souvenir shopping or another taste of the Basque Country’s famous pintxos. The return procedure and the exact location of return in the car rental area will have been provided when you collected the car. The car rental shuttle service will transfer you to the terminal ready for your onward or return flight. Although this is the last day of this independent tour of some of the best spots in northern Spain, we are sure that the memories made on this road trip will last you a lifetime. 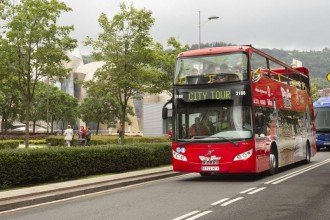 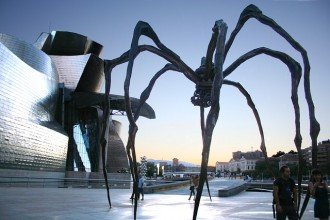 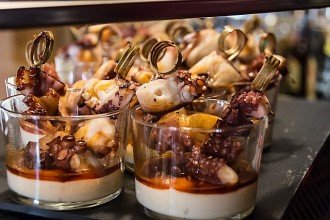