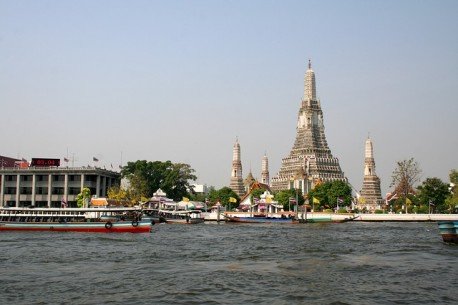 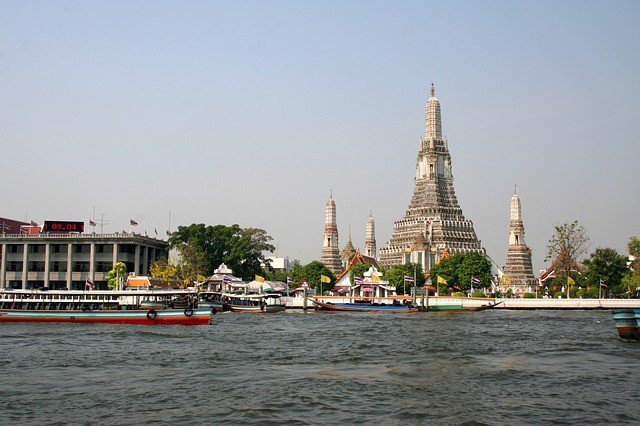 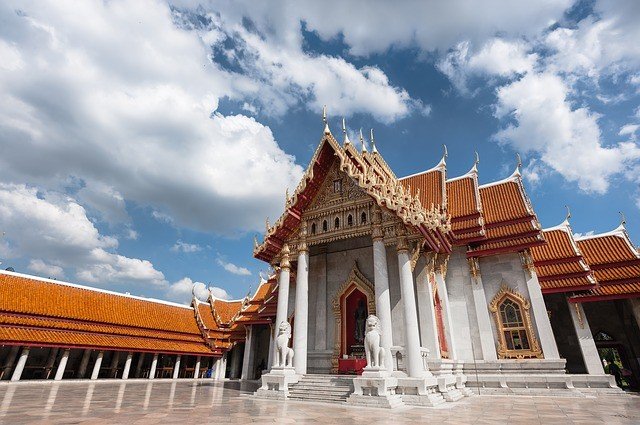 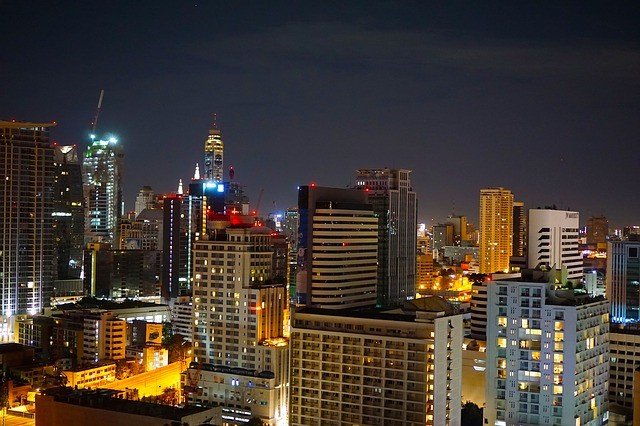 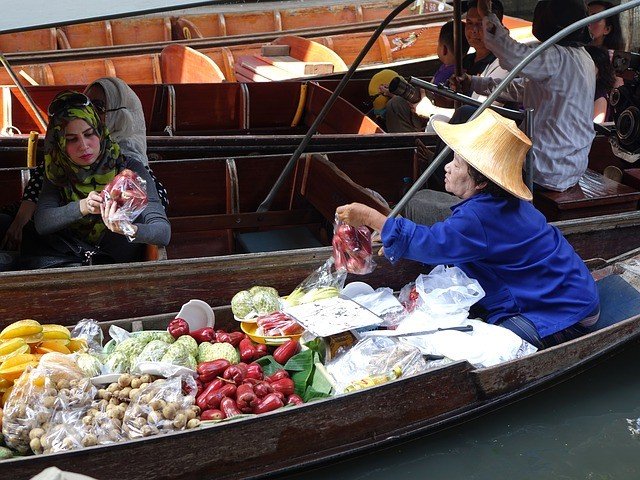 Group tours with weekly departures every Wednesday from Bangkok. This package will take you to the discovery of Bangkok and its traditions like that of the floating markets typical of the central plains of Thailand and that of eating meals outdoors in the streets, the famous streed food that is becoming very popular even in the West.

DAY 1 WEDNESDAY: BANGKOK - STREET FOOD
Arriving at Bangkok-Suvarnabhumi International Airport with your flight, arrival for the tour join must be by 2.00 pm.
Baggage claim and meeting with your driver for hotel transfer and luggage storage.
We remind you that the normal check-in time is after 14:00.
Bangkok's afternoon and evening excursion to immerse yourself in the vibrant nightlife of this exciting multi-faceted Asian megalopolis. Transfers by public transport such as the elevated BTS Skytrain or the MRT (Metropolitan Rapid Transit) underground to get to the dock on the Chao Praya river. From here it runs along the entire old city to the Rama VIII bridge. In tuk tuk you get to the Marble Temple, the temple covered with white Carrara marble. Once visited you can reach, always in tuk tuk, the Wat Saket, the only city temple placed on top of a small hill in the center of the old part of the city where all the statues of the 8 main Buddhas reside. Note, from the point of viit is panoramic, the clear break between the old city with buildings of 3 or 4 floors and the new part with the skyscrapers that look like a retaining wall. Through a navigable canal below the temple we reach the Jim Thompson House, whose owner Jim Thompson had the merit of reviving the local silk industry and, according to various rumors, was a secret agent in the pay of an unspecified foreign power. Disappeared in 1967 during a trip to Malaysia. Today his residence is a museum. After the visit we reach the Pratunam market to immerse ourselves in the colorful stalls and ride to the Talad Neon, or Neon Night Market, which also offers an excellent restaurant service to taste the local flavors. After the visit, customers will return to the hotel independently.
Lunch and dinner not included, overnight at hotel in Bangkok.

DAY 2 THURSDAY: BANGKOK - FLOATING MARKET AND ROYAL PALACE
There are countless floating markets throughout the country, many of which are located within a couple of hours of the capital, the most famous of which is that of Damnoen Saduak, in the province of Ratchaburi about 110 km from Bangkok. Dazzling with bright colors and the intense shouting of sellers and buyers, these markets are congested with numerous wooden canoes loaded with tropical fruits and vegetables to sell to customers on the shores. There is always a lot of activity, bargaining is common and it does allpart of the fun, but don't expect to get discounts if not for a few baht!
Departure from your hotel in Bangkok at around 07:00, along the way stop to visit a farm where sugar is extracted from the coconut. The day continues at the actual floating market, taking a small boat to dive into the heart of the bargaining and make purchases directly from the boat.
Return to Bangkok and lunch in a local restaurant, in the early afternoon to visit the Grand Palace Phra Borom Maha Ratcha Wang, which includes the Temple of the Emerald Buddha Wat Phra Keow carved from a single piece of jade and priceless.
Visits of the Royal Funeral Hall and Royal Coronation Hall. The building has an area of 218.400 m2 and is surrounded by walls built in 1783. The length of the four sides of the complex amounts to 1,900 meters. Within these walls are the government offices and the Royal Chapel of the Emerald Buddha as well as the royal residences.
When the Kingdom of Siam restored law and order after the fall of Ayutthaya, King Rama I moved the administration center on the eastern bank of the Chao Phraya River to better defend itself from the Burmese who came from the west, and after erecting public monuments such as fortifications and monasteries, built a palace with the function not only as his residence, but also as administrative offices and ministries. In the center all around the complex is the Central Court, where the king's residence and the rooms for conducting state affairs are located. You can admire the facades of the buildings of the central court, but only two of the inner rooms are open to the public, and only on weekdays.
Behind the Central Court is the Internal Court. This was the place where the royal wives and daughters lived. The inner courtyard was like a small city entirely populated by women and children under the age of puberty. Although the royals no longer reside in the Internal Court, it is still completely closed to the public. At the end of the visits, return to the hotel.
Dinner not included, overnight at hotel in Bangkok.

DAY 3 FRIDAY: BANGKOK - DEPARTURE
Breakfast at the hotel and transfer to the airport with driver only for the continuation to another destination, or meet with our local guide in the lobby of your hotel for the start of one of our individual or group tours.

NOT INCLUDED:
domestic and international flights
meals
drinks
insurance
personal expenses
tips and porterage
everything not mentioned in the "Include" program